This week Liberal Democrat Councillor Marilyn Greenwood said she respected Cllr Sophie Whittaker for "having the guts to give her opinion and speak out" for writing an article attacking the black lives movement. The article can be read on the Halifax Courier's website at this link.- https://www.halifaxcourier.co.uk/news/opinion/calderdale-councillor-criticises-council-leaders-actions-supporting-black-lives-matter-movement-2919220. Cllr Greenwood also made the comment that "all lives matter, all lives are equal" in relation to this post, and made reference to the murder of Lee Rigby despite requests by his mother for people not to do this.

"Cllr Sophie Whittaker's article attacked the Black Lives Matter Movement. It criticised the Chief Executive of the Council's attempts to tackle institutional racism. It also criticised the Council for lightening up Wainhouse Tower in support of the movement. Furthermore, it mistakenly claimed the entire movement was run by Marxists, which is self-evidently not true as Liberals also support it."

"As the leader of the group I have  taken the decision to start an investigation under the internal procedures of our Council group into the comments and social media posts made by Councillor Marilyn Greenwood."

In recent years Calderdale Council has been developing closer economic links with the Yingtan province in China.

But images of the genocide being committed against the Uyghur people should cause us to pause and question this relationship.

Cllr James Baker leader of Calderdale Liberal Democrats said "In Britain we value human rights. We must speak up against the genocide being committed by the Chinese Government against the Uyghur people."

"Images of people lined up like cattle waiting to be packed onto trains makes me feel sick in the stomach."

"Calderdale Council has been fostering closer economic and social ties with China. As part of that relationship we have a moral duty to raise our concerns over the treatment of the Uyghur people."

"We can't just turn a blind eye as to what is happening because it's in our economic interests."

"I am calling on the Leader of the Council to write to our counterparts in the Yingtan expressing our concerns over the genocide that is occurring in the Xinjiang."

This intervention follows the Chinese Ambassador to the UK denying on The Andrew Marr Show that the Uyghur people are being transported across China for forced labour in factories.

How should we recover from Coronavirus?

On working together to save the planet.

Last night, at a meeting organised by the Green Party, the Calderdale Liberal Democrats announced that they would not be standing a local election candidate in Northowram and Shelf, in order to give the Green candidate there a better chance of winning.

Choosing to not stand a candidate in an election is a serious undertaking, and this is not a decision that has been taken lightly. People feel a connection to the principles of the Liberal Democrats, and they want to vote for candidates that reflect those principles. To our Liberal Democrat Voters in Northowram and Shelf, we hope you understand our reasons for doing this.

For these reasons, we are making this first step. We will not field a candidate in Northowram and Shelf. We ask that people vote for the Green Candidate in that ward. This offer has been made without expectation of anything in return.

We are calling on the government to immediately reduce the requirements for new housing sites in areas that have recently and repeatedly been flooded.

Cllr Paul Bellenger (Liberal Democrat, Greetland and Stainland) has launched a petition calling on the government and local Member of Parliament to support changes to the planning rules.

Cllr Bellenger said: “We are launching this petition to allow local people to have their say on this important matter and show to the government the strength of local feeling.

“Flooding incidents over the last few years have shown us that these are not rare events, but are becoming more frequent. Allowing houses to be built in areas that should now be seen as likely to flood is just creating problems for the future. People living in any such new houses will have to go through the heart-breaking experience of having their home flooded and the effects of flooding on existing homes will be increased. We need to take action now to stop this.

“The number of new housing sites to be included in the Local Plan is driven by government policies. Those policies need to be changed to take more account of the changing local situation. The government should ease the pressure on Calderdale Council to find housing sites by reducing the number of houses it thinks will be needed. If this number isn’t reduced then the problem will simply be moved around.

Cannabis tax would pay for 34 extra Police officers in Calderdale

The Liberal Democrats have today announced plans to fund at least 34 extra Police officers across Calderdale. With a tax on legalised cannabis covering the costs.

This commitment amounts to 20,000 more police officers across England and Wales, enough for an extra two officers per ward. The Liberal Democrats will also fund an immediate 2% pay-rise for serving police officers.

Liberal Democrat plans stand in stark contrast to Labour and the Conservatives, who have made big promises on police numbers, but have failed to commit the funding needed to deliver them.

At the same time, Liberal Democrats are warning that Boris Johnson’s Brexit plans risk letting hundreds of criminals to escape justice in Calderdale after analysis revealed the extent to which UK police rely on vital EU crime-fighting measures.

The region's police forces and prosecutors have used the European Arrest Warrant (EAW) to bring over 563 criminal fugitives to justice over the past five years, the analysis reveals. [ West Yorkshire Police force alone extradited 314 criminals to justice in their home country in the last 5 years.]

The EAW allows the speedy extradition of wanted criminals, but senior police have warned that the UK risks losing access to the scheme because of Brexit. If current trends were to continue, that would mean more than 563 criminal suspects could avoid extradition in Yorkshire over the next five years.

On 2nd September 2018, Pakistan Planted 1.5 million trees in a day - Let this be an inspiration as to what we can achieve.

An annual tree planting day. Community groups, religious groups, businesses, school children, sports clubs, the young, the elderly, political parties, and all other groups coming together to plant trees and celebrate our environment.

Trees are our lungs. They clean the air and provide oxygen for us to breath. They also combat climate change by capturing CO2 from the atmosphere. They also slow the flow of water down into streams and rivers. The woodland cover in Calderdale is just 3.8% compared to a national average in England of 10%. By increasing our tree coverage, we can help the environment, and improve our wellbeing.

Impact of local plan on Greetland and Stainland ward

(Please note that references can be added to this report. However time restraints and external pressures have not allowed me to do this over this weekend period)

Liberal Democrat group leader Councillor James Baker has been selected to contest Halifax in the event of a snap general election.

"The Liberal Democrat's clear opposition to Brexit resulted in us beating both Conservatives and Labour in the last national election.

"Our membership in Calderdale is higher than ever and we are ready to contest a general election is one is called."

"Anything is possible in this election, never has the political landscape been more uncertain."

"Whilst Labour has no clear position on Brexit, the Conservatives have transformed themselves into a no-deal supporting Brexit party. In contrast, the Liberal Democrat's principles and values are clear. We want to stop Brexit. We are internationalists who know the only way to tackle issues like climate change, immigration and cross-border crime is to work together with other countries."

"Tens of thousands of people voted to remain in the EU in Halifax. Many more who voted to leave have changed their minds."

"People who believe in an open and outward-looking UK within Europe have been left politically homeless. I want to ensure these voters have someone standing up for their interests in this election. "

"I believe that Britain can be a leader in Europe. That we don't have to run away like cowards from the EU because we are scared that it controls us."

"We must avoid retreating into a little England mentality of isolation, loss of influence and division. We can be brave, strong and influence Europe. Our nation is at its greatest when it looks out to the world, and Halifax will be at its greatest as part of a strong UK within a strong EU."

"That is why I am proud to be standing up for bold Liberal values and I'm ready to contest a general election."

Joint statement on Chris Williamson visit to Calderdale and antisemitism

As local political leaders we stand united in our commitment to tackle all forms of discrimination, whether it is homophobia, racism, Islamophobia or anti-Semitism.

On Saturday 3rd August the Calderdale Trades Council has invited Chris Williamson -  an MP who has been suspended for remarks about how the Labour Party has handled anti-Semitism - to speak at a meeting in Hebden Bridge. The topic on which Chris Williamson has been invited to speak is the Labour Party’s handling of anti-Semitism. An extract from their advertisement for this event reads:

“Corbyn and McDonnell’s backtracking over delivering Brexit, on accepting the redefinition of anti-Semitism demanded by the IHRA and the witch hunt against Corbyn supporters and expulsions of members with records of decades of anti-racist activity raises the question that if Corbyn will not stand up to the right in his party - and the media pressure now, how will he stand up to the advocates of capitalism if Labour wins the next General Election?”

We believe this event will contribute towards creating a hostile environment for Jewish members of our community. That it will damage community relations in our Borough. As local politicians, we have a duty to take strong public stances against discrimination and we condemn the decision of the Calderdale Trades Council to host this event. We ask them to consider disinviting this speaker. 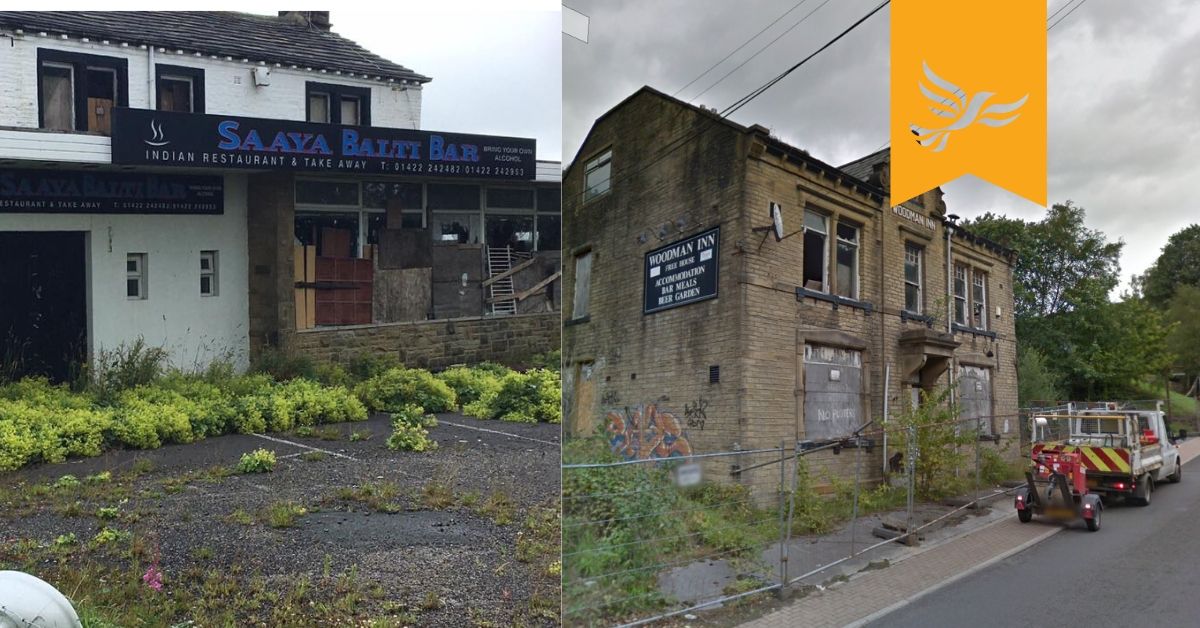 Sign the petition: Get Calderdale Council to take action on derelict sites and empty homes. 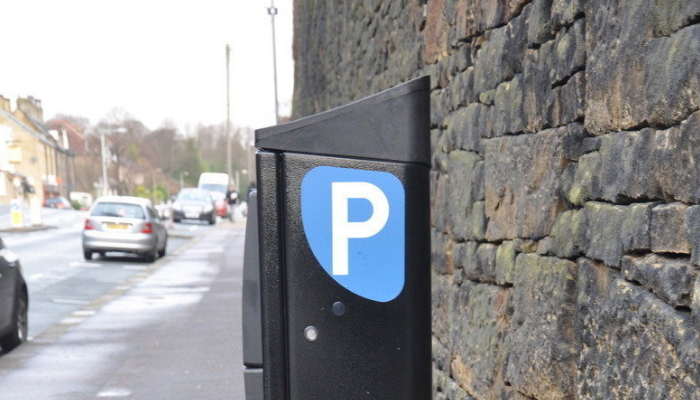 Volunteer to help our local campaigns