Tom Stringfellow was born and bred in Sowerby Bridge. He's standing to represent the Liberal Democrats because he is fed up with how both the main two parties have failed us.

The Conservatives just cut without thinking, and Labour spend without thinking. In contrast, we have a plan to cut £1M fewer services by developing new ways the Council could raise an income through investment in our local economy and community fundraising for projects.

Here in Calderdale we want to devolve power back to local people. We think Calderdale Council has become too centralised with decisions being made by a handful of people in Halifax Town Hall. We think power is best wielded by everyone and we would ensure decisions about Sowerby Bridge are made by your locally elected representatives, not cabinet members of the largest party on the Council.

If you are fed up with both the main parties. If you want a local person representing you. If you want to see a change in Sowerby Bridge then vote for Tom Stringellow on the 2nd May. 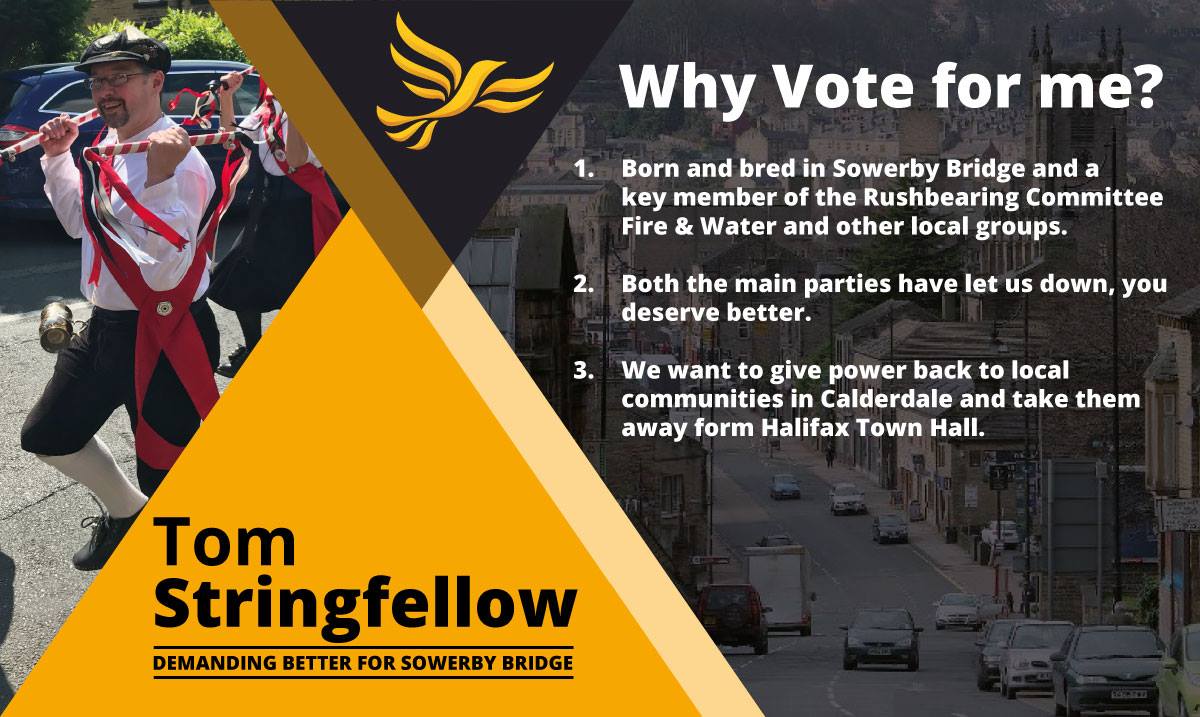