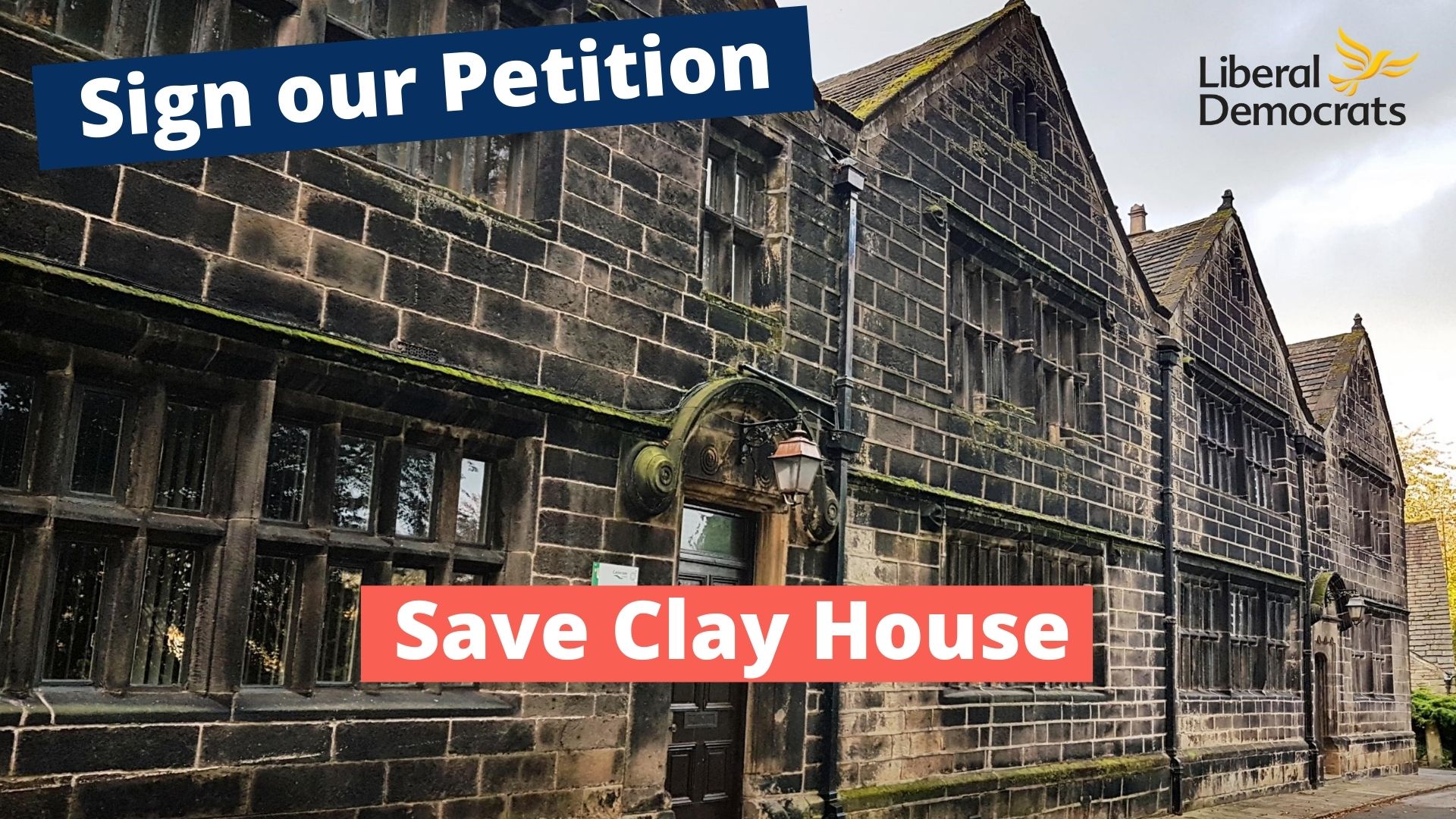 Clay House is a popular wedding venue and is the local War Memorial. Not just the plaques inside the House but the house itself, where Remembrance Day services have been held for many years.

Paul said: “Clay House is an iconic building that should be used to benefit of local people not flogged off to the highest bidder.”

Now that Greetland Library has closed down, the Lib Dems believe that a Library could be placed in Clay House, so that local people don’t lose local services.

Paul added: “Clay House could be so profitable with some additional business nous: A Central Ward Library, Local History and Visitor Centre housed in the left wing.  The Bar and Reception can be secured from the Main Hall and could operate separately daily as a ‌Tea and Coffee Shop - there are many opportunities! It’s wrong that local people could lose BOTH Clay House and Greetland Library, so I hope local people will back our campaign by signing the petition.”