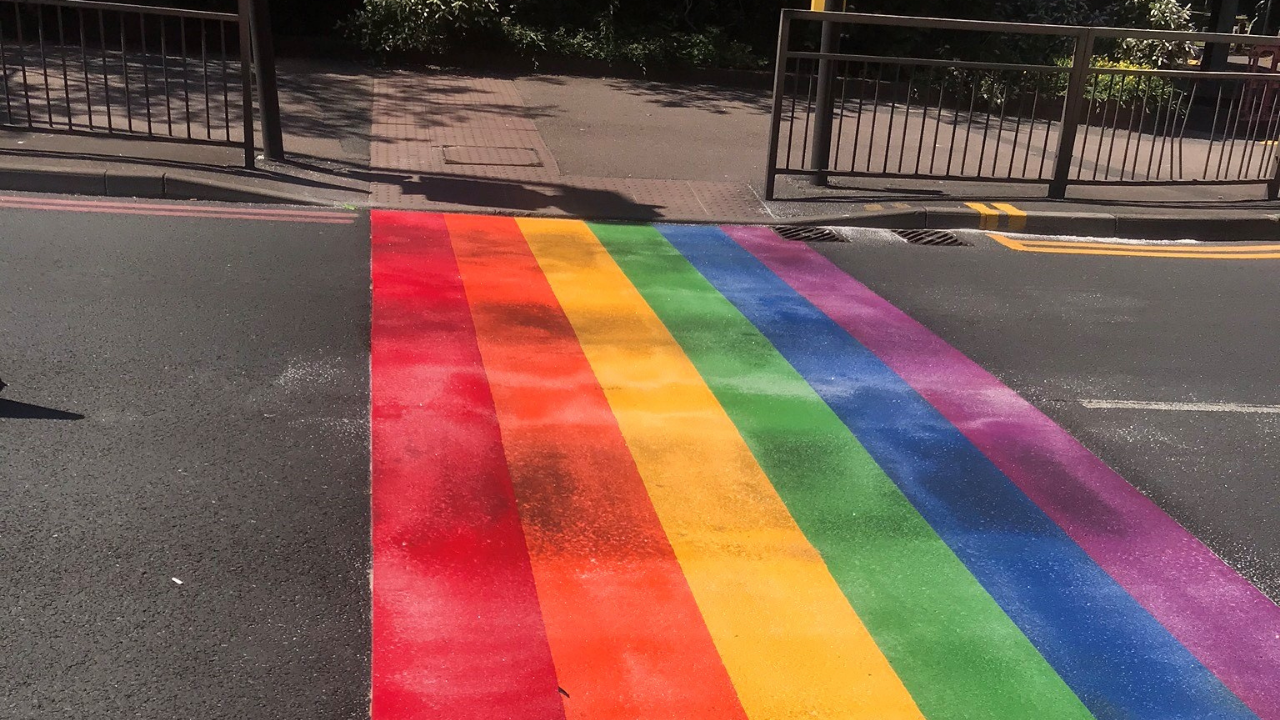 Calderdale Liberal Democrats are calling on Calderdale Council to install a small number of ‘Rainbow Crossings’ to show its support for, and solidarity with, the local LGBTQ+ community during Pride Month. Cllr James Baker (Warley), leader of the Liberal Democrat Group will raise the issue at tonight’s meeting of the Council’s Cabinet.

This would see an existing pedestrian crossing overpainted with the rainbow symbol of the LGBT community.

Cllr Baker told us: “Such crossings would cost very little but make a bold statement on behalf of the Council that it is supportive of all groups within Calderdale and is committed to fighting discrimination against them.

“We are calling on Calderdale Council to consider installing only a few such crossings in places within the borough where there is significant footfall. Our hope is that this would raise the profile of the Council’s commitment to equality as well as brightening up the local streetscene.”

“Other councils have already taken this step, so I can see no reason why Calderdale Council can’t do something similar” said Cllr Baker.

Calderdale Liberal Democrats are campaigning for the Government to provide the funding Calderdale Council needs to carry on providing vital public services.