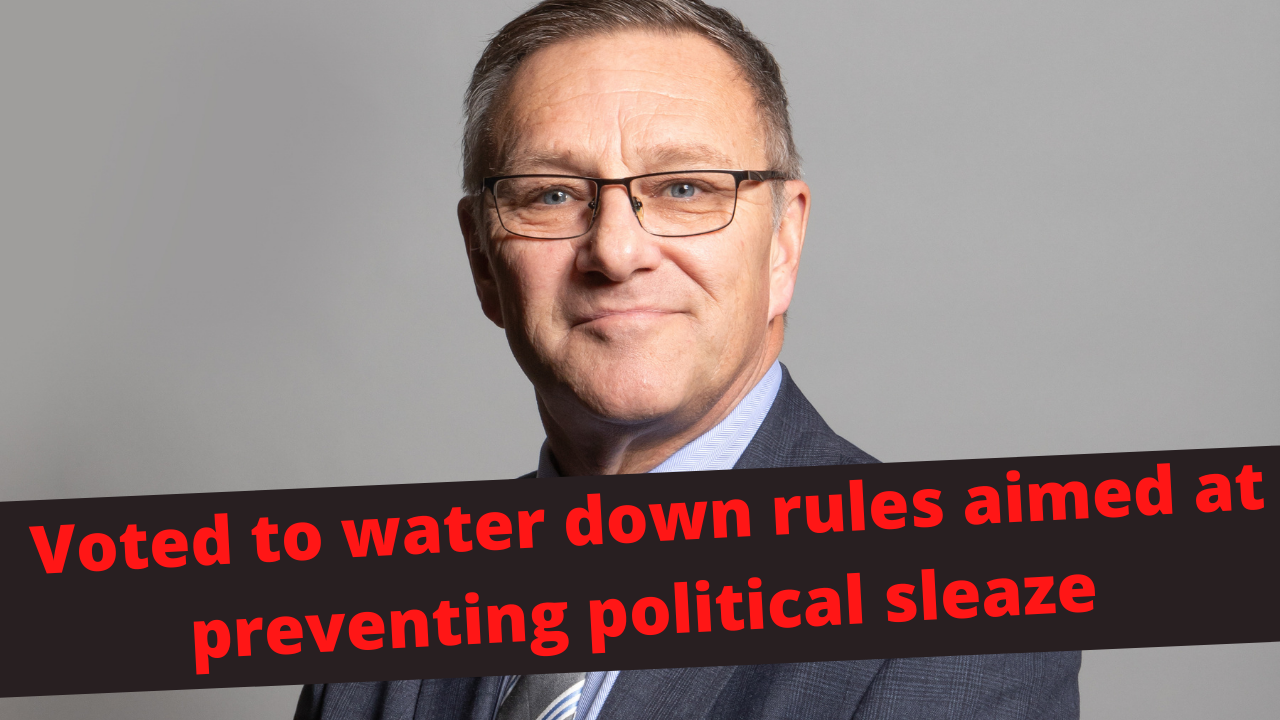 “It is shameful that our local Conservative MP voted to water down rules aimed at preventing political sleaze.

“Local constituents deserve better than this stitch up that is dragging our politics through the mud.

“We’ve already seen this government wasting millions of pounds of taxpayers’ money, from dodgy Covid contracts to the refurbishment of Boris Johnson's flat.

“Tough rules and independent scrutiny are vital to prevent yet more sleaze scandals that end up with more public money being wasted."