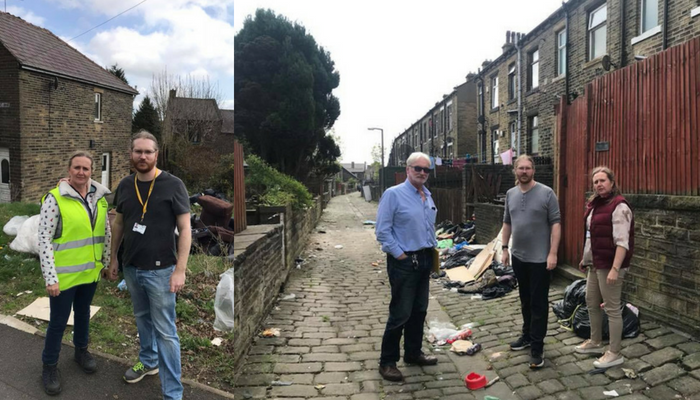 “We should be making it easier for people to arrange collection of waste, not upping the costs and bringing in complex rules about the numbers of objects that can be collected.”

“Sadly, there are already some people who would rather sneak out at night and dump their waste down a gunnel or out in the countryside. They know they can do this for free and avoid any costs of disposing of their waste.

“When this fee rises to £25 for every eight items then there will be an even greater temptation to avoid the cost of getting bulky waste collected by the Council.”

The latest figures released by the Department for Environment, Food & Rural Affairs reported that in 2016-17 there were 1912 reported cases of fly-tipping in Calderdale.

Despite this number of cases the Council didn’t issue a single fixed penalty notice and only managed to take five people to court to receive fines.

We are actively campaigning against littering and fly-tipping problems in Calderdale. You can support our campaign on this topic by backing our petition on the issue here.