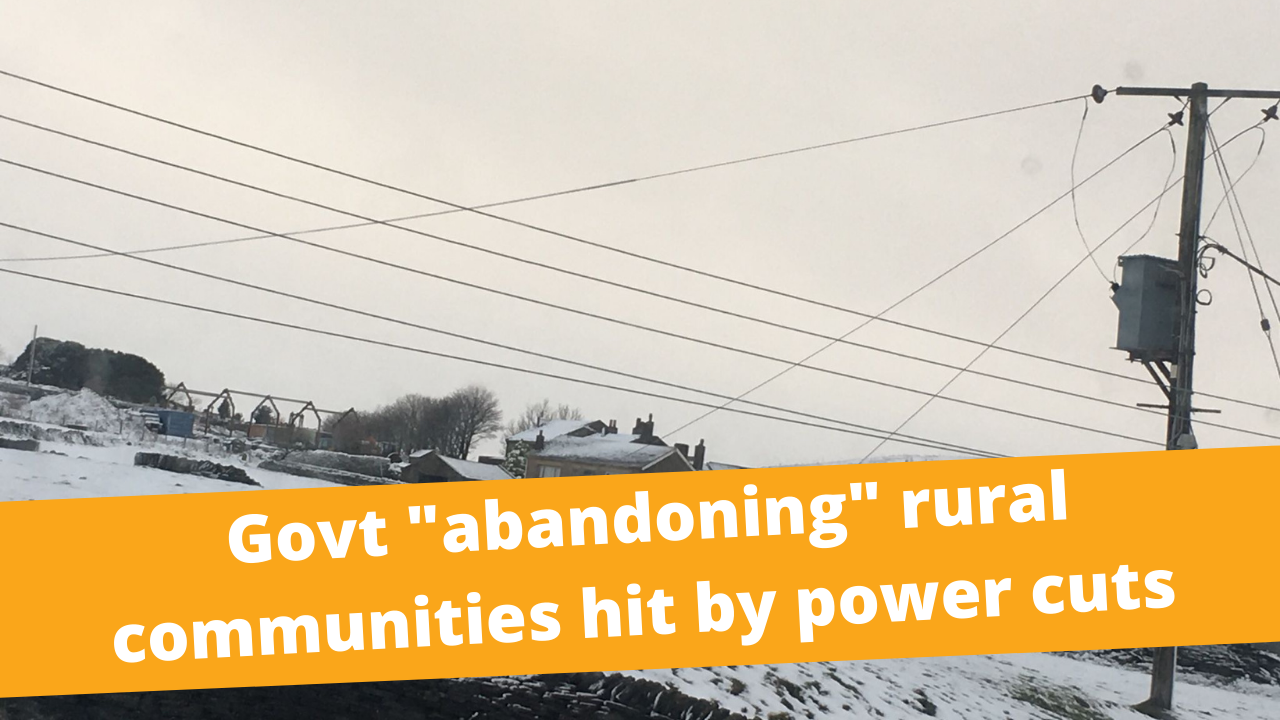 The Liberal Democrats have demanded that the Government provide emergency support to rural communities who have been left without power for days after Storm Arwen.

In a letter to ministers from Liberal Democrat Communities Spokesperson Tim Farron MP warns that rural communities in areas like Calderdale are being taken for granted and “abandoned by the Government in their time of need.”

Tim Farron also raised the issue in Parliament yesterday and criticised the Government for failing to make an official ministerial statement on the issue.

The letter calls for ministers to step in and provide food, emergency accommodation and other essential supplies to vulnerable people on the ground impacted by the storm. It also urges the armed forces to be brought in to provide emergency electricity generators to communities until power is restored, and for the Government to provide additional support to engineers working hard to bring back power as soon as possible.

The Liberal Democrats are also calling for new rules requiring electricity companies to prioritise investing some of their profits into local power networks, to help prevent outages in future. The letter states that it is “frankly unacceptable” that people are being left for days without electricity. The plans would require electricity providers to restore electricity to homes as soon as possible when power cuts do occur, or face fines from the regulator Ofgem.

The Liberal Democrat proposals would mean electricity companies like SP Energy Networks in Shropshire, which made £80.7 million in profits last year, would have to invest more in strengthening local power supplies.

“It is a disgrace that families in rural areas have been abandoned by the Government for days following Storm Arwen. Ministers need to urgently step up and provide emergency support to those impacted, while taking action to make sure this doesn’t happen again.

“People in our rural communities are fed up with being taken for granted and left without proper support when things go wrong.

“We are calling for strict new rules that would force electricity providers to invest more in local power networks, with a duty to restore electricity as soon as possible when power cuts do happen.”

"Parts of Calderdale have been left without power for days. It simply isn't good enough. We clearly need to bolster our national ability to respond to disasters and emergencies."