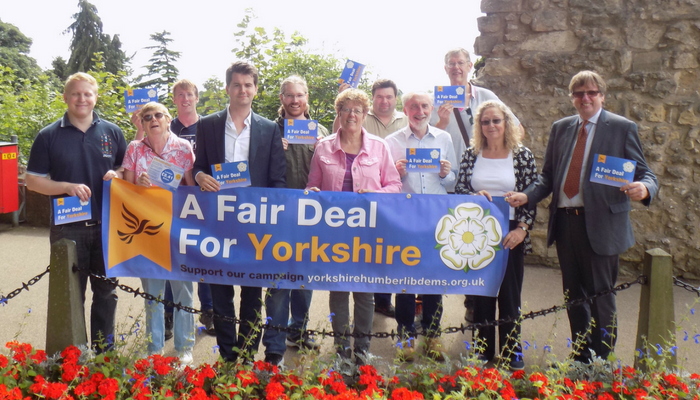 Councillor Hannah Kitching who stood to represent the party in the South Yorkshire Mayoral Election said:

“Our region is falling behind other parts of the UK. London, Greater Manchester and the West Midlands all have a devolution deal with the Conservative Government that delivers billions of pounds in funding and greater powers. This is being used to grow their local economies, build infrastructure and boost jobs.”

“It’s time we had a fair deal for Yorkshire funding too. We want decisions that affect Yorkshire to be made in Yorkshire. It is time the Government stepped up and agree a devolution deal to unlock Yorkshire’s full Potential.”

“The metro mayor model of devolution is broken, you can’t have one person in charge of such a large area. Devolution is about giving power to the people, not one person.”

“Yorkshire in terms of population and GDP is equivalent to Scotland. We need to establish a new democratic body that has far wider powers than what is on the table with any of the current devolution deals”.

Under the radical devolution proposed by the Liberal Democrats people across the region would vote for representatives who would sit on a Yorkshire level assembly. This means that different political parties and viewpoints would all have a democratic voice.

This new body would replace Police and Crime Commissioners cutting down on bureaucracy, whilst taking on powers that Whitehall and London currently have.