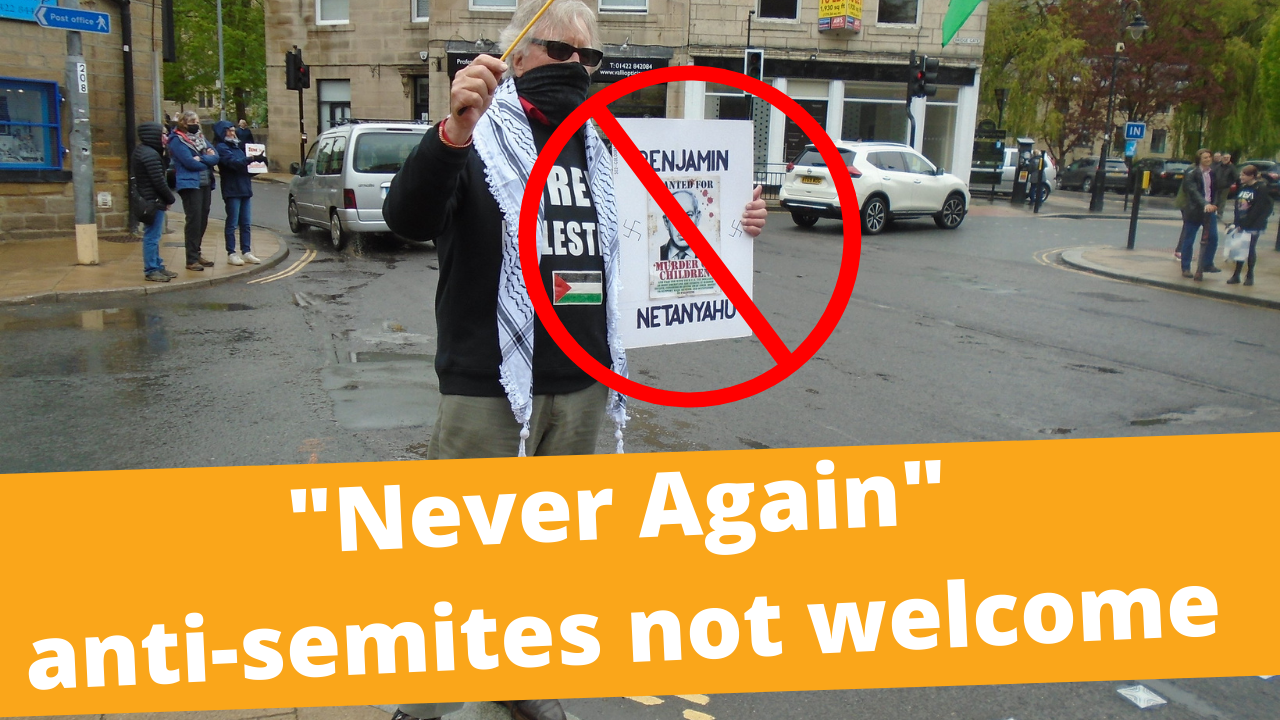 Calderdale Liberal Democrats have vowed 'never again' in their fight to combat anti-Semitism across the Borough. Our pledge comes as images of an individual parading a poster of Netanyahu flanked by swastikas, blood around his mouth with the title "murderer of children" come to light.

This hate incident occurred at an event in May in Hebden Bridge. It was organised by Halifax Friends of Palestine that is chaired by the Labour Cabinet member Councillor Jenny Lynn. The anti-Semitic images at this protest use iconography of Nazism, and play on the trope of the 'blood libel' to attack the actions of the State of Israel. The images paraded at this protest are threatening, and abusive and seek to stir up racial hatred in our Borough.

Councillor James Baker, Leader of Calderdale Liberal Democrats said: "We are opposed to all forms of hatred and racism in Calderdale. We are fully committed to rooting out racism wherever we encounter it. We are calling on Councillor Jenny Lynn to publicly condemn the symbols of hate on display at an event she has organised.

"As the lead member responsible for public safety, she must speak out and show leadership in attempts to tackle all forms of racism. Silence is complicity. We have reported this as a hate incident to West Yorkshire Police, and we hope they will investigate whoever was behind it. We urge anyone who wants to support the cause of the Palestinian people to learn how to do this while also combating anti-Semitism. Layla Moran MP the first British MP of Palestinian descent has written about this, and I encourage people to read her words."

Update: The Police Crime Reference number for this incident is:13210443777. Please do contact West Yorkshire Police if you know who this indivdual is.

Calderdale Liberal Democrats are campaigning for the Government to provide the funding Calderdale Council needs to carry on providing vital public services.